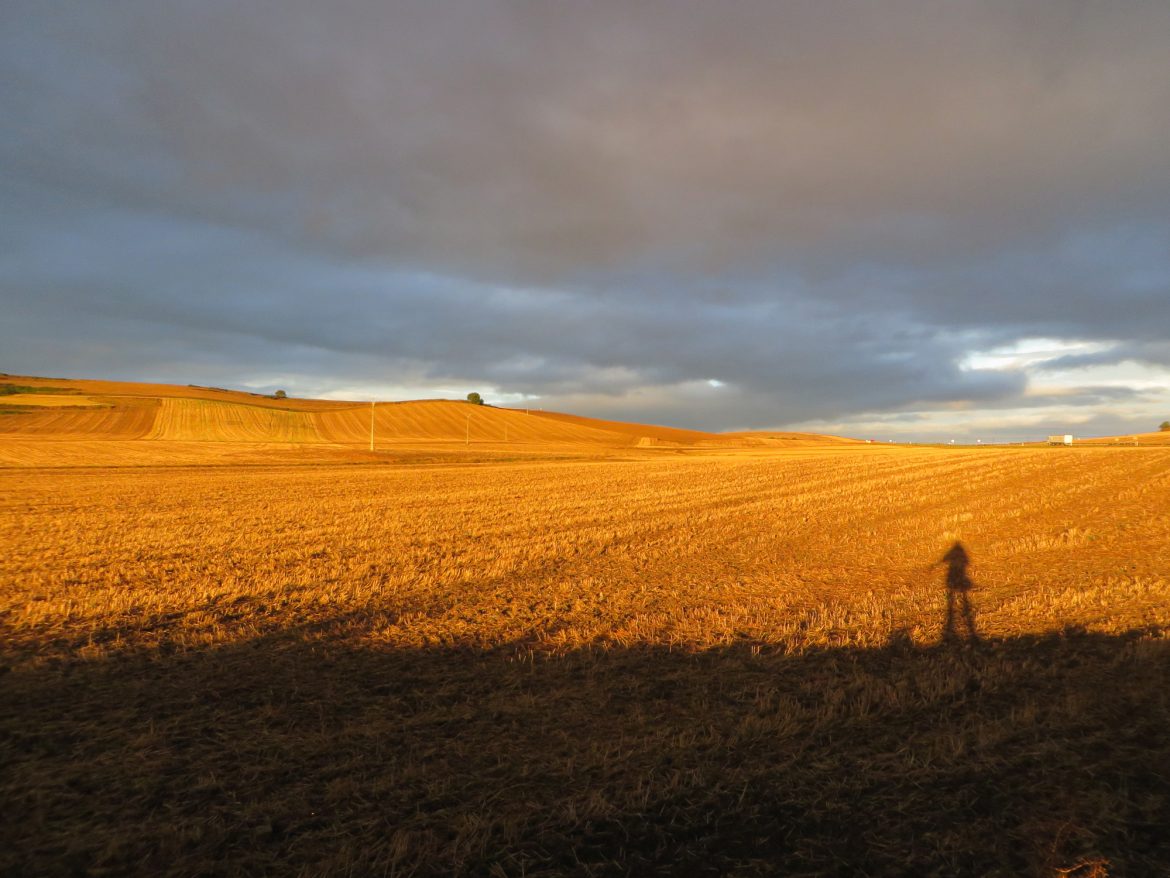 Yesterday morning, after another chocolate pastry and a much needed cup of coffee, I headed out on the road from Nájera at 7:00 a.m. 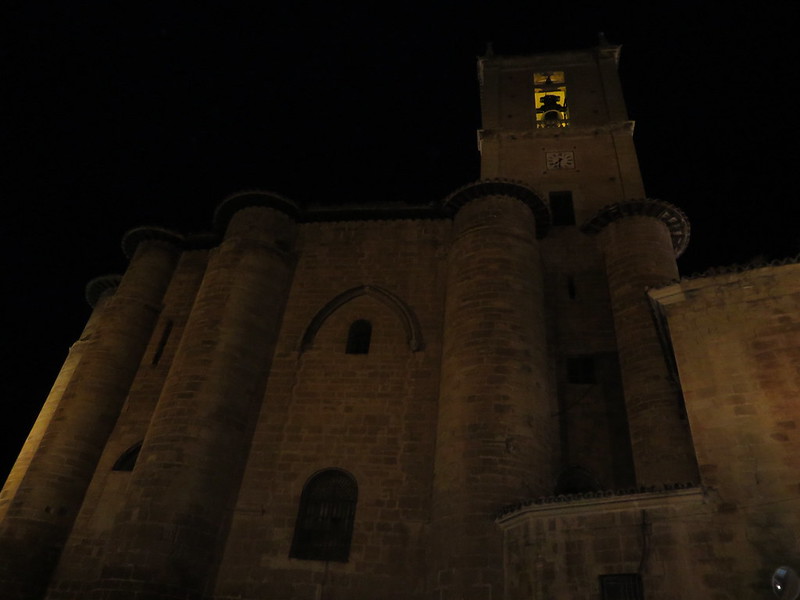 As I ascended into the hills, a colourful sunrise slowly lit up the dewy vineyards. 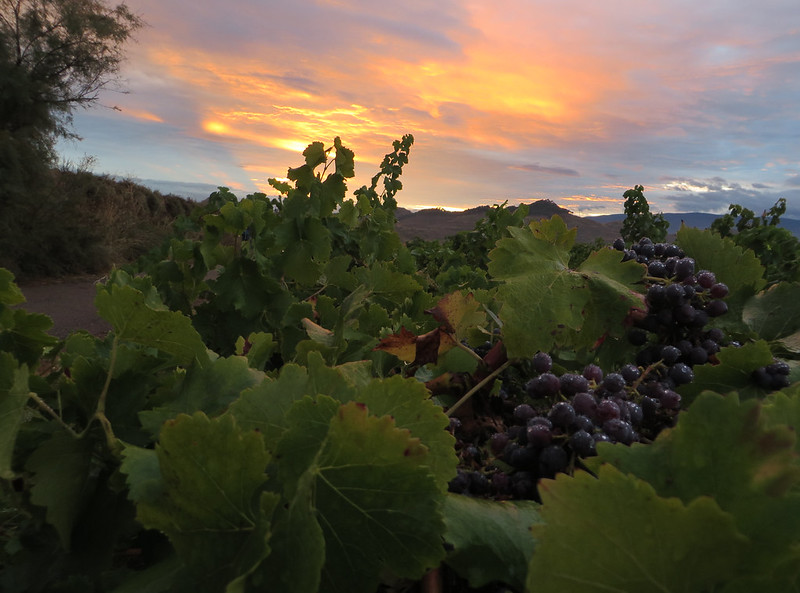 I spent the day in silence and much contemplation. A snail crossing the road, a tiny pilgrim carrying it’s pack, reminded me to slow down. 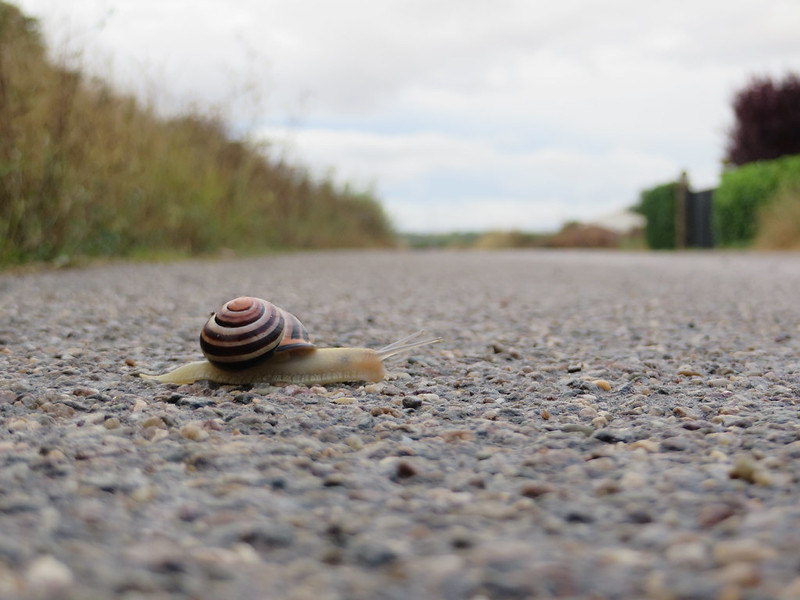 There were some things on my mind. I guess that’s what the Camino can do, draw things that you internalize to the surface where they can’t be ignored and when things come up you have a lot of time to mull them over.

I walked another 31 kilometers. Too much I think. My body ached, especially my hips even with an 8 kilo pack. I sat down on a bench and rubbed my feet for a while. When I looked up Andrew was walking towards me. He was done for the day. His feet are so bad.

We stopped at an albergue in Redecilla. Not a great one by any means, but it sufficed. While sitting together on Andrew’s top bunk, we talked about our Camino’s and decided it would be best not to hang out so much, that we should walk alone. Each of us have our own reasons for being here, none of which involve hooking up.

Dinner was good – potato soup, baguette and salad. Not many at the table spoke English, not even Andrew was speaking it, so I decided to update my posts. WIFI wasn’t working on my tablet though, so I went to bed early. Because of that I was awake in the middle of the night too.

This morning, I thought it would be best to slow down and decided if Belorado was nice I would stop there. It would only be a 12 kilometer day though, but at least I could stop and re-group.

It was shortly after 7:00 a.m. when I stepped out into the rainy darkness wearing my rain gear and my clear plastic poncho. 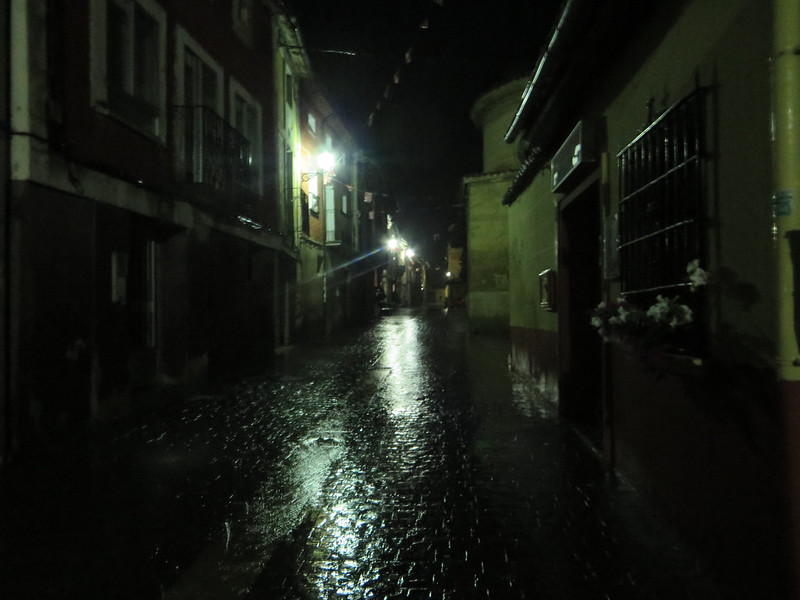 First, I stopped next door to get a pastry and a cup of coffee. A French man, Michele, was sitting at the bar. He was not happy about setting out in the rain. I followed him for a while, his jawa-like ponchoed shape barely visible through the blackness up ahead.

Every time I sneezed, the water would pour off the front of my hood. Even though it was a miserable morning it somehow seemed fitting for the state of mind I was in. Even the flowers in the Spanish windows seemed droopy. 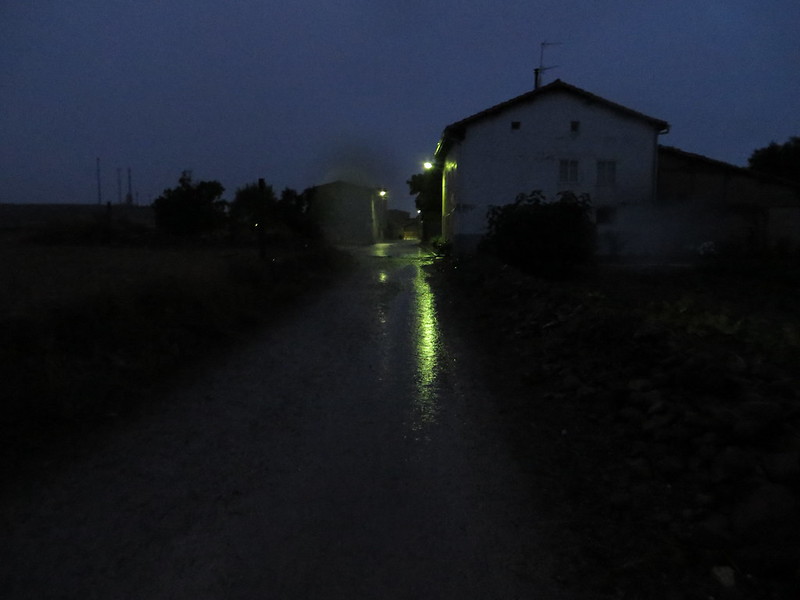 I feel like I’m at a crossroads on the Camino. Even though the first day was hard, it was new and exciting. I couldn’t believe I was in France and then in Spain. I would get giddy thinking about it. I was stoked to meet new people and discover new things about myself. Now, I feel like some old stuff is coming up that I need to deal with and let go of.

Letting go. Those two words remind me about something that happened yesterday. I forgot to mention that when I stood up to leave a bar in the little town of Grañon, a Spanish man with a long pony tail and pin-striped pants took my hand, opened it up and placed a small brown rock in it. 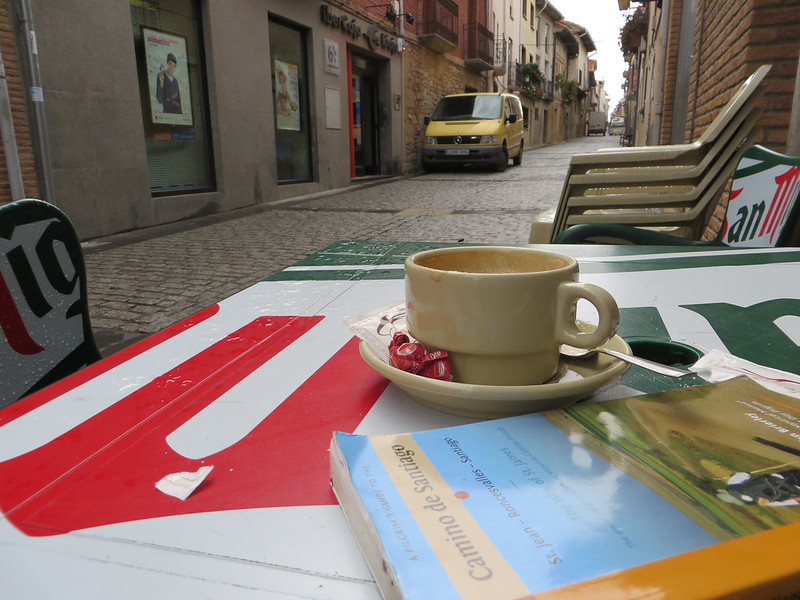 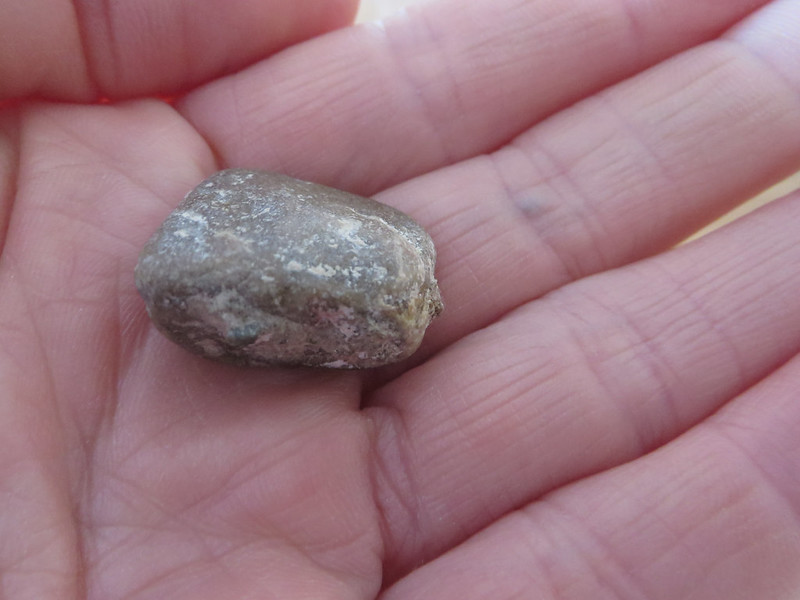 He closed my hand over top of it with his hand and said, “When you need something, ask the rock.” My face lit up and I exclaimed, “Muchos gracias!” I was so happy! I love strange little things like that.

As I walked through the village I thought about what I should ask the rock, but then came to a sign post that read “555 km to Santiago”. 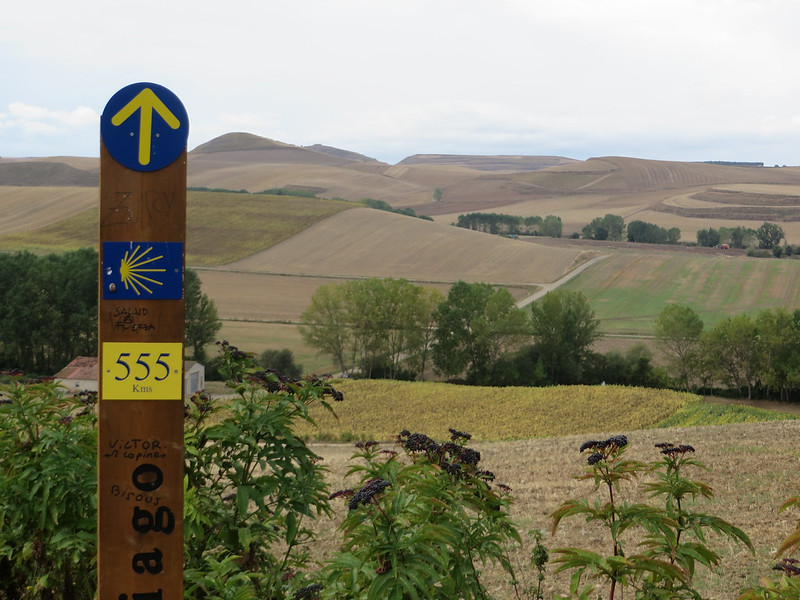 Let go of the old… rang clearly through my mind. I read that’s what repeating five’s mean in numerology. A couple of months ago I had seen the five’s as I sat on a log on the riverbank having an emotional moment while scenes of my life flashed through my mind. I had looked at my phone to see that it was 5:55 p.m. At that time I was astonished at how often 5:55 came up on the clock, so out of curiosity I typed “repeating fives” into the Google search engine. Here’s some of what I found:

“Angel Number 555 tells of significant and necessary changes happening in your life… These changes will bring about long-awaited circumstances and results and will fully align you with your true Divine life purpose.”

“Angel Number 555 is a message from your angels that it is time to let go of the ‘old’ that is no longer positively serving you. Trust that they will be replaced with ‘better’…”

This was all really coincidental, since I ended a three-year relationship only four months ago. Also, my 13 year-old lab passed away in July. And just before I sat down on the log on the riverbank I had visited his grave at the old house where I was married for 10 years. I contemplated the ending of three relationships while sitting on that log before I saw the fives and I continue to contemplate some of it here, including the changes I wish to see in my life, as I walk the Camino.

So, the realization struck me as I stood there staring at the sign post. Then I sighed and said aloud to myself, “Ahhh no. I need to let go.” I pondered this as I held the rock tightly in the palm of my hand. 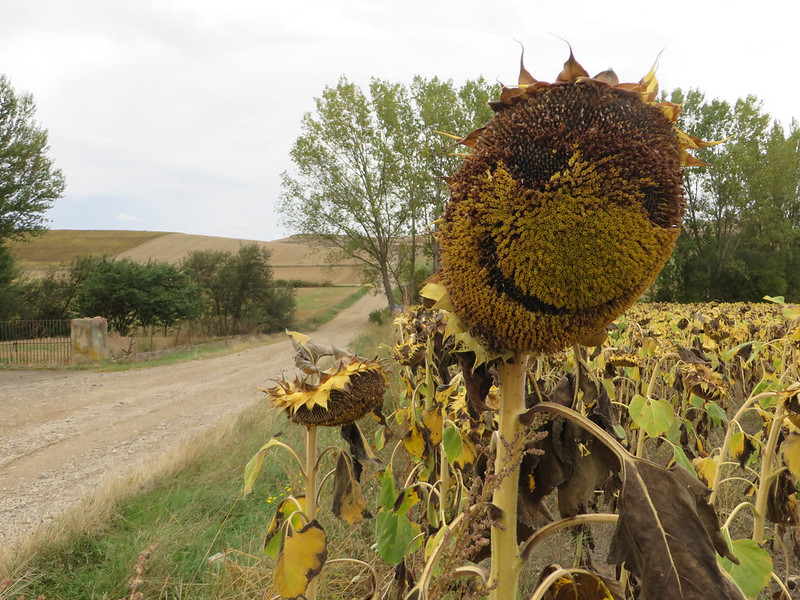 Along the way I took notice of the little things. 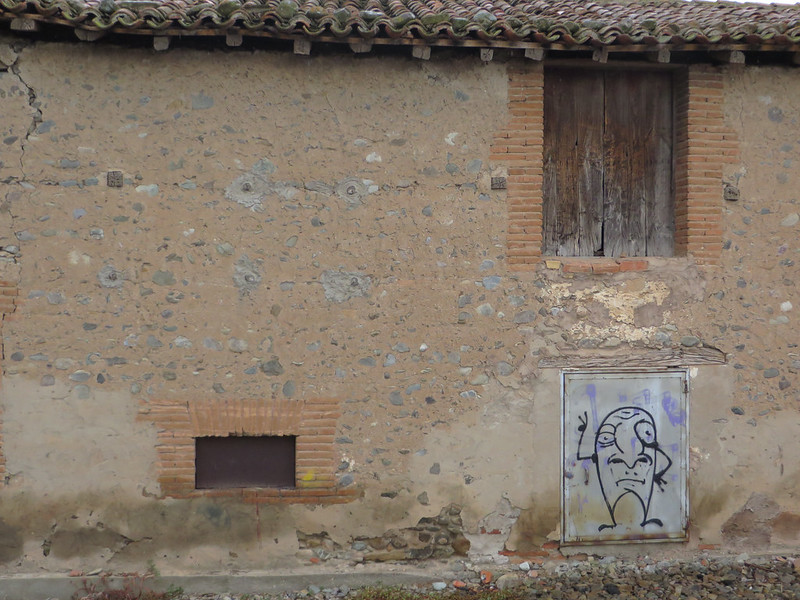 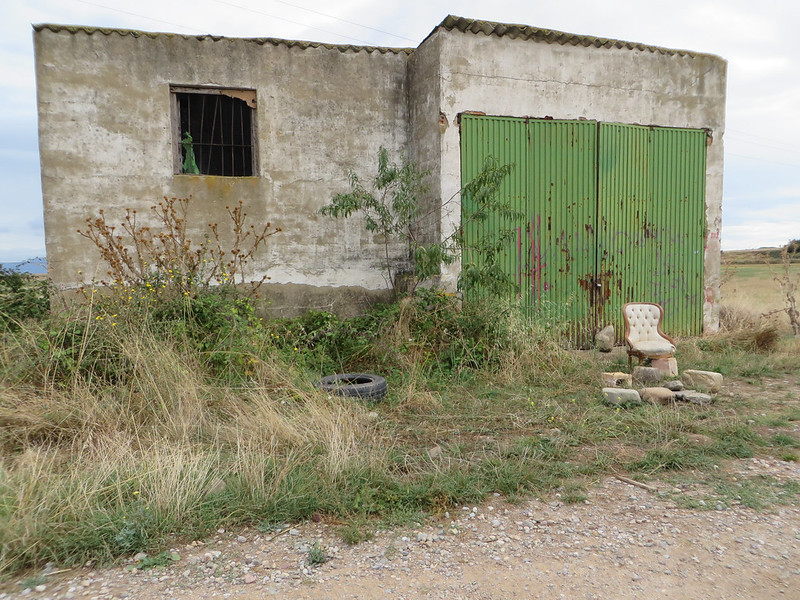 And I enjoyed the peace and solitude of the countryside. 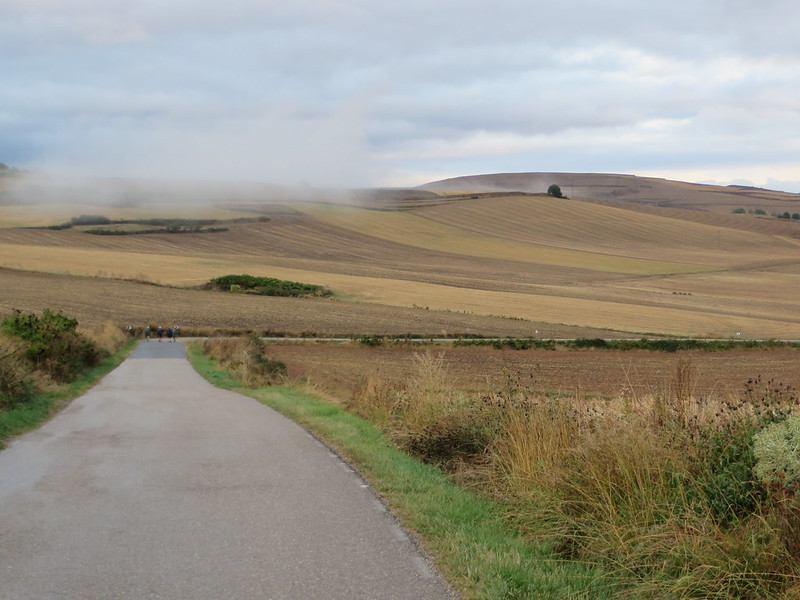 But today, I feel like I need to regroup. It wasn’t a happy day. Even the smiling sunflowers had a difficult time cheering me up. 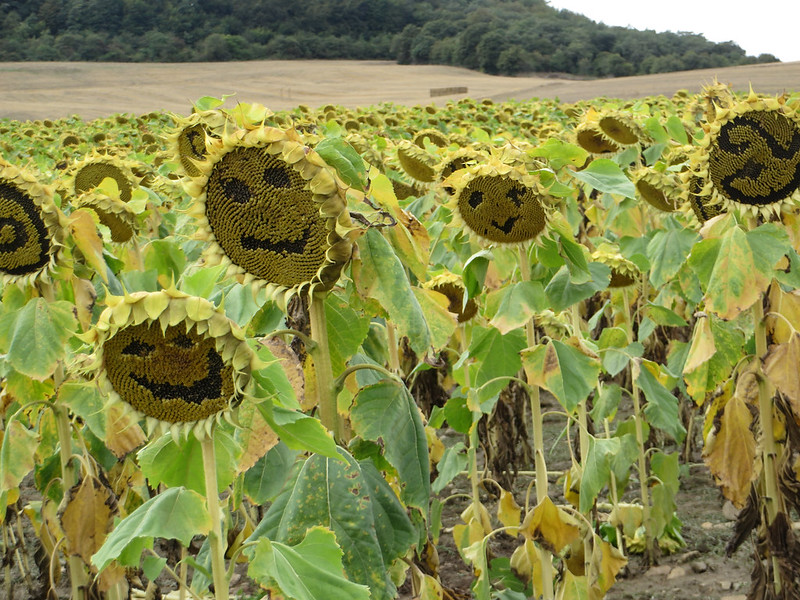 I realize that as much as I would love to hit all the same destination points as my good Camino buddy, Andrew, he is on a mission to get to Finisterre by October 25th and to do that he is planning on walking 30 plus kilometers per day the rest of the time. And besides, we each have our own personal Camino journeys.

It’s time to part ways now and it makes me sad, but that again is how the Camino works. I don’t know if I’ll see him again. Only the Camino knows. I hope he makes it. He is carrying such a burden with his blistery feet. He thought the blisters could be manifesting because of some things that he hasn’t let go of, some things he can’t forgive. 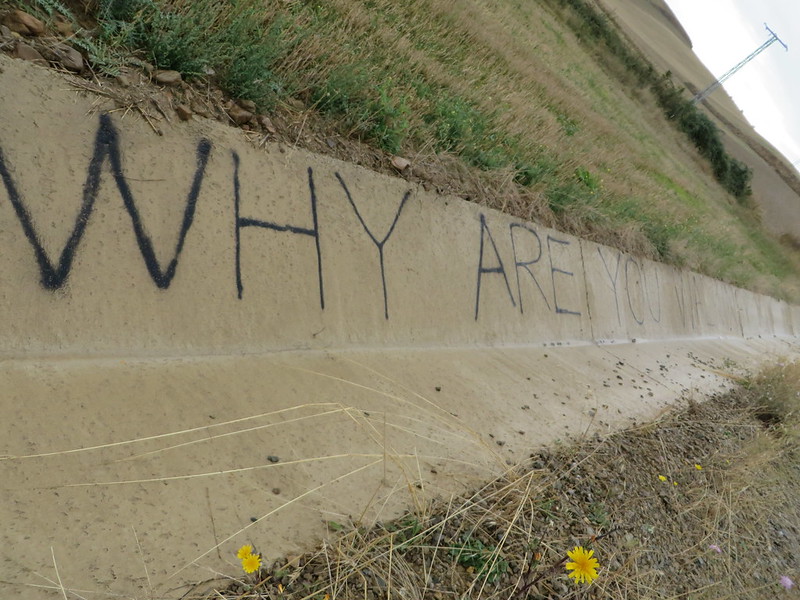 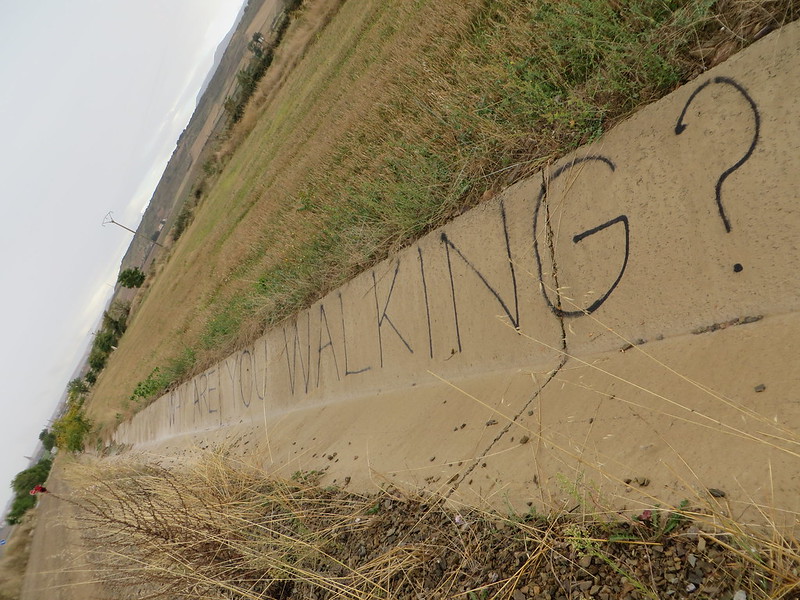 None of the towns or villages I arrived at felt right to stop at. I reached Belorado so early, at 10:30am. It would have felt strange to stop so soon. 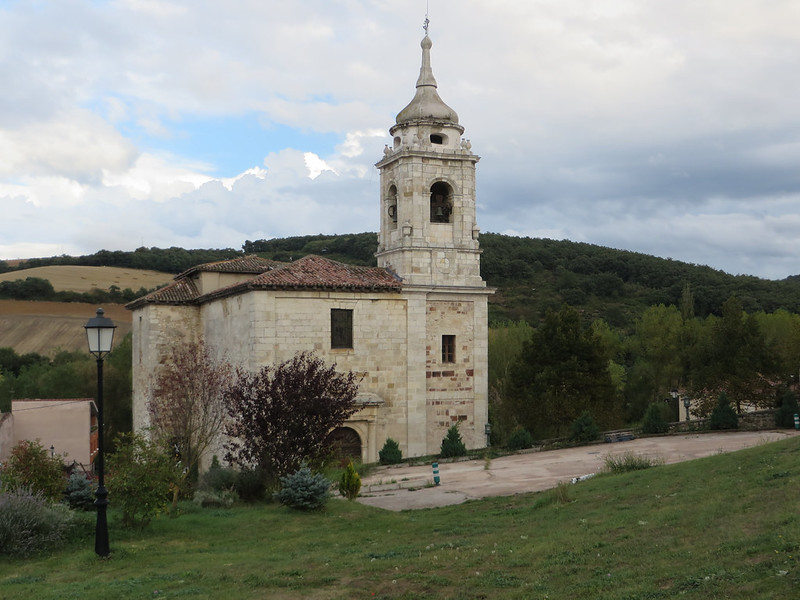 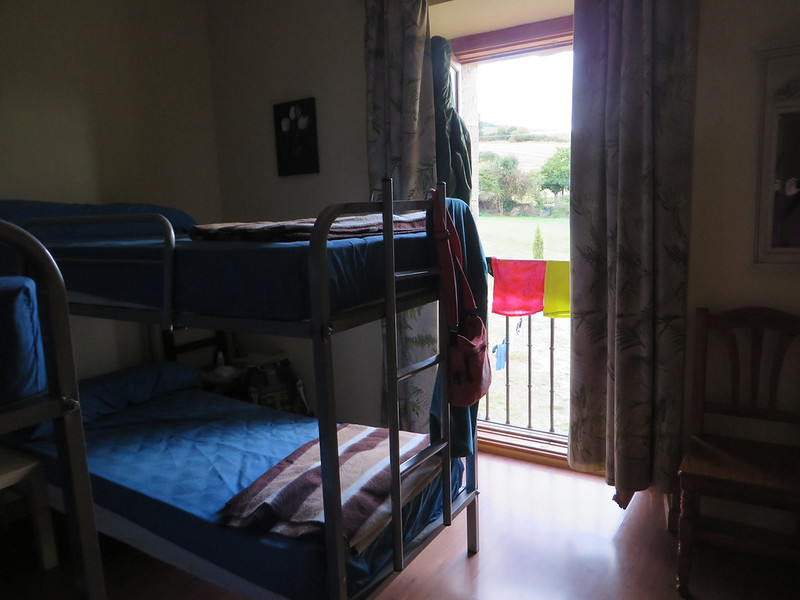 I washed some clothes, showered and now I am sitting in a luxurious entrance where the WIFI is strong. It was a 28 kilometer walk today I think. It’s just what I didn’t want to do, but it worked out well. The walk didn’t seem as hard and I made good time.

A meal tonight is included and there will be breakfast tomorrow. I am hoping that if I can keep it up I’ll be able to take a day’s break in one of the bigger cities, so I can do a bit of shopping. I still want to check out the Spanish guitars! 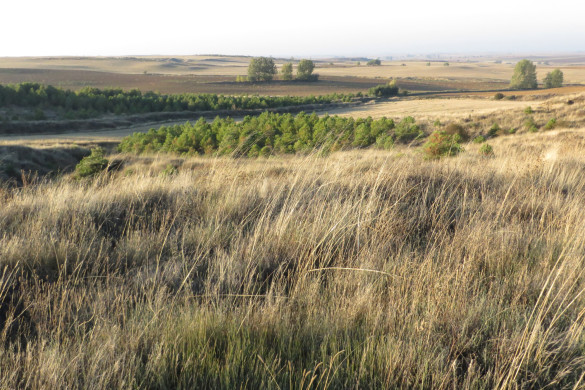 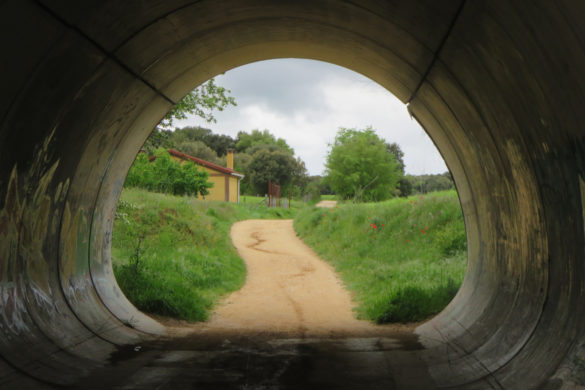