My bed was wet this morning. What a nasty feeling that is. My t-shirt and trekking pants were cold and damp and I had to peel them away from my skin. Strange. Was I sweating? Did I wet the bed? Now, that would be strange. I felt around under the blankets for dampness on my mattress and yes, it was wet too. My hand found my hot water bottle, so I pulled it out from under the covers and hung it out in front of me. Yep, it was dripping and only half full now. I guess I didn’t screw the top on correctly, but that’s what happens when you’re so tired that you only half-consciously do things.

It’s been a series of late nights, last night being the fourth in a row. Unfortunately for me, I can’t seem to deprogram auto pilot, so I haven’t been able to sleep past 8:00 a.m. no matter how late I stay up.

Three nights ago, I watched a really neat band at one of the local pubs called The Muse. For some reason in Peru, bands don’t come on stage until around midnight. Four of us from Healing House went and there might have been more of us if others didn’t start nodding off while waiting for midnight to come around. One of those people was me until I came back downstairs with my tooth brush and bottle of water. Casey convinced me the band was worth seeing and even though I was tired I went along.

The energy of the place was high. Heads bobbed and bodies swayed to the steady trance beat while the band members set up the stage. The anticipation was intoxifying. The show had an air of mystery with a small fire pit in the middle of the stage, a charismatic lead singer and some interesting instruments including a digerido, some big bongo drums, a pan flute, a Peruvian flute, a charango and the usual electric guitar. It was a great show and I would have stayed longer if I wasn’t so tired. It was another drunk guy, by the name of Ricardo, who had me headed for the door early. My patience was short. He began chatting me up and kept grabbing for my hands. No was not an option, so he kept pursuing me until I backed off the dance floor and returned to my seat. Finally, he seemed to get the picture and headed back to the dance floor to find someone else to bug. He chose my three other Healing House friends, but it wasn’t long before he was back at my seat again. Ugh. It wasn’t enough to tell him I was tired. He was relentless and I was done, so I picked up my purse, found my friends to let them know I was leaving and I made my way out the door towards home.

The next night I was out again. This time for the pub quiz night that South American Explorers puts on. It’s a fantastic way to meet fellow travelers. Two weeks ago our team won the contest and a 26 oz bottle of rum. Needless to say, we had a great time and bar hopped over to a nightclub where the bartenders actually encourage people to dance on top of the bar. Yes, I was up there. Never in my life have I danced on top of a bar and to be honest I had the time of my life. This time, our team didn’t win the 26 oz bottle of rum, but we did win a series of shooters for having the best team name. Our creativity was a bit challenged at first until I suggested the seven of us each come up with a random word, like ‘poodle’ for instance, write it on a piece of paper and then try and make something of it. In the end we had the most ridiculous name not to mention one that was seven words long…The Sweet Skootchy Paranaha Poodles with Crusty Manzana Beards. Yeah, I know, it’s ridiculous, but it paid off and we had another good night of bar hopping and dancing on top of the bar. The bartender even gave me a bottle of mix to feed people who were standing beside the bar. So, yeah, there’s Tania walking the length of the bar in her red sandals pouring mix into open mouths. Real classy. This could be a weekly thing after Wednesday pub quiz nights.

Last night as I crossed the Plaza de Armas on my way to meet my friend, you won’t believe who I bumped into. It was a double whammy actually. It was “Egor” the drunken guy I encountered while on my way to the Temple of the Moon AND Ricardo, the drunken guy from the night before at The Muse who wouldn’t leave me alone. They are actually buddies…go figure. They must have lots in common I guess, like drinking. This time they didn’t seem drunk, but they still recognized me and stopped me to ask what I was up to. Egor’s real name is Fredrico. It seemed they wanted to hang out, but no, not a chance. “Sorry, I’m meeting a friend.”, I called to them as I continued on my way. Cusco must be a smaller city than it seems because I saw them yet again when I was on my way to San Blas Market for lunch today. I laughed to myself as I was climbing the hill and saw them pointing and smiling at me. Again they didn’t seem drunk and again they asked what I was up to, but I am still not interested in hanging out with them. “Oh, I’m just taking a break and then I have to get back to work”, I said, which is sort of true. 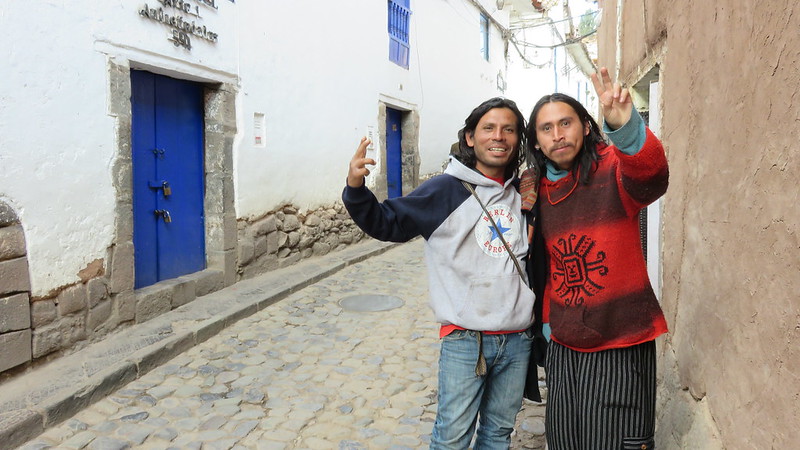 Speaking of work, I’ve had a bit of luck with a new business plan I’m developing to help support my travels. I’m going to customize WordPress themes for people who need an on-line presence set up. Michael who was staying at Healing House inspired me to start this. Front end web design is something I went to school for and it’s about time I put it to use. It’s really perfect. I can work from anywhere as long as there is WIFI. Now that people know what I can do here, I’m getting offers all over the place. Grant, another man living here at the house managed to connect me with one of his clients, a woman from Berlin, Germany, who needs a site. We’ll see where this all goes. It’s quite exciting!

So, last night after returning back late from visiting my friend, I stood and looked down at my sparser than normal bedding. It was going to be a cold night if I didn’t run down to the kitchen and boil some water for my hot water bottle. Normally, I have two thick blankets and a down comforter on my bed, but not last night. Yesterday, I had brought both blankets down to the garden where Anya and I sat on a bamboo mat chatting while we worked on our computers. We wrapped the blankets around ourselves as we sat cross-legged across from each other. We looked like birds each sitting in our own nest. Unfortunately, I didn’t see the other blanket sitting on a chair before I came up to bed, so I went to sleep without it. Also, since my thermals were at the laundromat, I had no choice, but to sleep in my trekking pants, t-shirt and down sweater jacket. Not real cozy, especially waking up this morning to the cold, wet dampness caused by my leaky hot water bottle.

Now, it’s time to get ready for my run. Three of us are going to run the track not far from here and then it’s going to be an early night. I’ll be up early for a very interesting day tomorrow. Twelve of us from Healing House are headed to Pisac in the Sacred Valley for San Pedro. That’ll be another post 😉 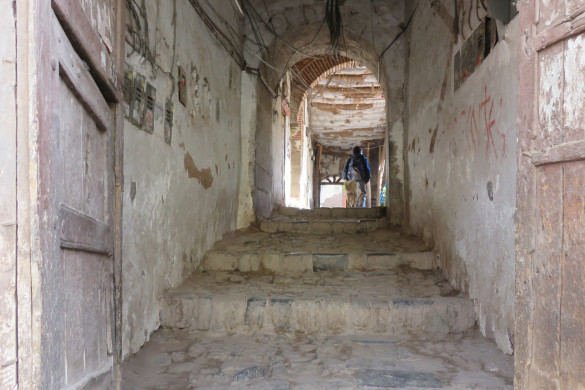 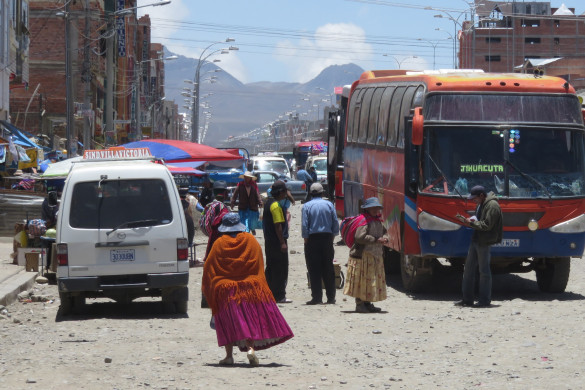 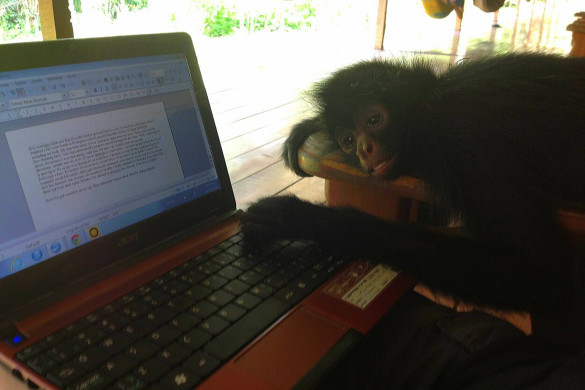